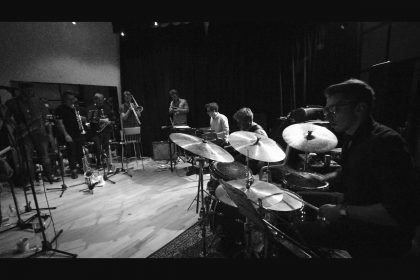 Recorded in its entirety right here at Resident, we have the great pleasure of sharing with you Back To The Grove, the debut LP from The Patrick Hayes Electric Ensemble. Led by (yes, you guessed it) Patrick Hayes, the trombonist, composer and arranger has been working on this seven track long-player for over two years and it has finally arrived in all its infectious, feel-good glory. Sporting cover art that depicts a bustling promenade, the album is “modelled on an area of Miami called Coconut Grove”. Unsurprisingly, the vibrancy is reflected in the music, imbued into seven tracks that paint an evocative picture of sipping exotic cocktails on a breezy Miami afternoon.

Patrick’s lineup of supporting musicians is nothing short of excellent. You don’t get to work with artists like Al Jarreau, Marcus Miller, Tom Jones and Van Morrison without being somewhat proficient with an instrument in your hands. Comprised of a five piece rhythm section, several horns and a string orchestra, this versatile ensemble explores various musical avenues. Traversing through the realms of funk, latin, jazz, fusion and pop, PHEE cite Quincy Jones’ “The Dude” as a major influence, taking their cue from the mercurial talent and his peers to deliver a selection of tracks that pay homage to the music of the 70s and early 80s.

If you’re a fan, make sure you get down to the London album launch at the Jazz Café, where PHEE are set to play an assortment of original tracks and renditions of some of the more obscure hits from the likes of Chaka Khan and Rufus, Gloria Estefan and George Benson. In the meantime, get over to their Bandcamp page to purchase a copy of the album.

Listen to clips from Back To The Grove here: 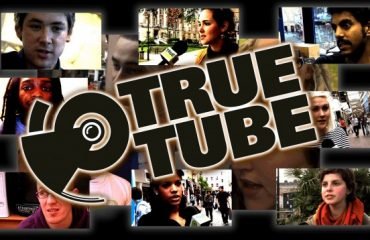 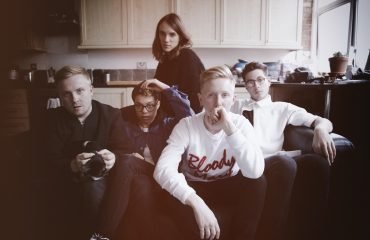