In Studio One as seen from the control room. They are singing backwards, obviously

We had been sworn to secrecy until today, but last Friday saw a flurry of people running around Resident Studios; PR, marketing, TV crew, a whole a capella choir, and of course, Denise Van Outen.

In a bid to promote harmonious Christmas TV viewing, the much loved dancing queen demonstrated some of the features of Freeview+, by pausing and rewinding the live performance with a giant remote control. Studio A doubled as not just a world class control room, but also an interview/make-up room for the Strictly Come Dancing hostess DVO. She was acting as celebrity choir mistress to the all-male a capella vocal group, Out Of The Blue. The vocal group formed in 2000 from Oxford University students and went on to be Britain’s Got Talent semi-finalists in 2011. The group has eleven studio albums with the latest Music Up released in 2012. Taking to our large live space – Studio 1, Out Of The Blue were singing well-known Christmas carols – in reverse! It is a surreal afternoon sat in the mixing room, listening to what sounds like a crazy new language being recorded, and then reversing it in Pro Tools to hear a slightly odd version of We Wish You A Merry Christmas. After the TV crew has got their take, the room is set up to capture the very best audio quality for the soundtrack of the advert.

Conducted by the legendary Stuart Barr, the group also record an a capella version of Jingle Bells featuring beat-boxing and various sections in reverse. You can expect to see the advert on your television set in early December and Out Of The Blue will be performing from the 26th of November in London, Manchester, Kent, Birmingham and Milton Keynes. 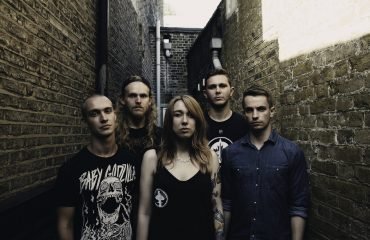 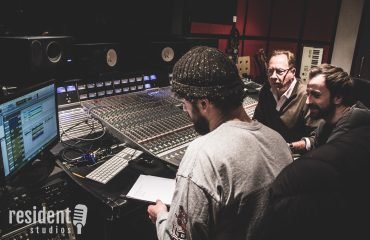