Remember back in the day when professional music videos were the exclusive domain of rock stars and major record labels? Unsigned indie bands and labels never even considered making a music video — there were only a few media outlets that played them, and they only played the ones that sported high production value. Since the average band didn’t have the means to make a great music video, money was best invested elsewhere.

“Even unsigned bands who are completely self-funded now have the ability to produce affordable music videos that could easily play on MTV”However, two pivotal media-related developments changed the face of music videos for the “unsigned” masses: MTV’s format change from music videos to reality television, and the advent of YouTube. Together with the improvement of video technology and computers, bands no longer had to compete with the big-budget videos on MTV and VH1. Instead, YouTube allowed bands to upload home-grown, low-budget videos that didn’t even have to look great. After all, the YouTube crowd doesn’t expect the same slick production level that you see on regular TV. Now, bands could use the video medium to promote themselves online on their terms, resulting in a multitude of quirky, independent music videos peppering the YouTube airwaves.

I remember seeing early incarnations of the indie music video movement when Bright Eyes start to break into the indie scene. He had a variety of clever little music videos embedded on his website. Because his music video guru obviously didn’t have the gear to shoot provocative live-action video, they were all hand-crafted, stop motion-style vignettes — like something akin to Gumby or a vanguard animated short that runs before the main feature at an art film theatre. But it worked for Bright Eyes, as well as a cavalcade of other indie acts who followed suit with their own versions of “mixed media” video productions.

But music videos for the unsigned masses have taken a dramatic leap forward in recent years.

All of a sudden, we’re beginning to see music videos appearing on bands’ websites and YouTube that easily match the big-production stylings of the ex-MTV crowd: high-contrast lighting, engaging cinematography, and creative edits that keep the viewer interested. Even unsigned bands who are completely self-funded now have the ability to produce affordable music videos that could easily play on MTV, VH1, or any other a-list media outlet (if, in fact, any of them really played music videos anymore!)

The benefits of this kind of pro music video production for the little guy are huge: no other type of media renders the creativity, success, and marketability of a band or musician more than a music video. Not only does the video promote the music track itself, it also captures the aesthetics of the band and ascribes those aesthetics to the music. Also, on a very pragmatic level, it helps an unsigned band look much more successful and “competitive” in the ever-shrinking music marketplace.

The Beatles were the first to understand the far-reaching possibilities of the music video; they’re the ones who invented the art-form as we know it today. Road-weary from screaming, bleary-eyed hoardes of young girls and an ever-encroaching press, they decided to “let the record go on tour,” as Paul later recounted. Their first videos for the “Penny Lane”/”Strawberry Fields Forever” double a-sides were a huge success, since they gave the band a chance to match a visual performance with the music itself — something that was nearly impossible to do at time in a live setting.

However, even though The Beatles deserve credit for the invention of the music video, they certainly cannot take credit for the development of the high-production, low-budget music video that bands now have the ability to create. That credit belongs exclusively to the domain of independent music, which, together with the aid of advancing technology, has managed to crowd out Big Music not by brute force, but with a commitment to making great music and delivering it to enthusiasts through new and creative methods.

That is why now, even a struggling rock band in London can cobble together some money and put together an amazing music video that could catapult them into the mainstream. It’s only one viral campaign away.

So, if you’re still lamenting the death of the music video on television, rest assured that the art-form is still alive and well in cyberspace. Over the next decade, you can count on an increasing number of bands and musicians from every spectrum of the industry to produce music videos that we will love and they can afford.

Tria’s “Lights” was filmed at Resident Studios, a London recording studio that also specializes in affordable music videos and video production. See Contact Us for more information on their music video rates, or call us on 0208 830 4321 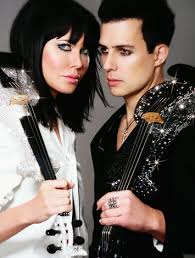 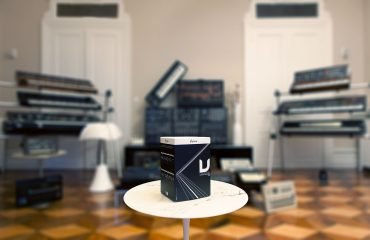