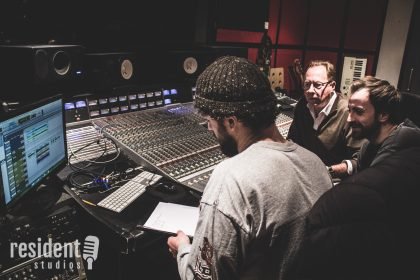 It was great having Barry Locke (@barrylocke75) with us as Resident yesterday revisiting and tweaking some mixes for his new album being released in the near future! Originating from Northern Ireland, it’s exciting to see the progression of his career. The session was engineered by Caradog Jones (@caradogtj)

Make sure you check out some of his previous material on his soundcloud.