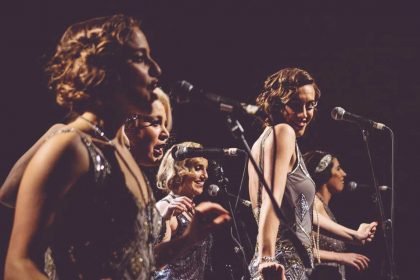 Elle & The Pocket Belles have been regulars in the studio of late, most recently popping in to track some drums for an upcoming release. With the festival season already well underway, we thought it would be a great time to shout about a busy summer schedule that will see the swing-pop fusion ensemble grace the stage at the likes of Latitude, Boomtown and Shambala (check their upcoming dates in full here). First up however is a third performance at the daddy of them all, Glastonbury.

Whether you prefer a traditional take or enjoy your music with a modern twist, there’s something for everyone. Performing five times over the weekend, festival goers can catch a ‘vintage’ set where Elle and co. deliver swing renditions of classic pop tracks and a few originals. Alternatively, punters can get a skank on to one of their ‘electro swing’ performances. Incorporating elements of breakbeat, jungle and drum & bass, these immensely popular sets propel swing music into the 21st Century in impressive fashion. Get a chance to swing by (see what we did there?), and you won’t regret it.

A little bit of ‘swing and bass’ to whet your appetites:

And here’s the video to ‘Swingin’ Together’, a single recorded and filmed in its entirety here at Resident: 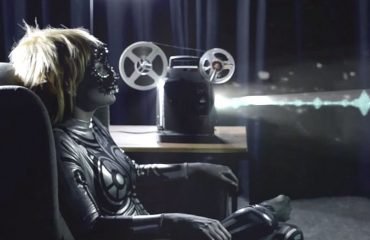