Resident welcomed a new face into the studios in December in the form of up-and-coming neo-soul singer Carla Thomas. Having already built up an impressive musical CV, she has taken the plunge to become a singer in her own right – and she’s doing it in style. With well over 35,000 views of her YouTube video ‘Leave Me Alone’, she is certainly making a name for herself quickly.

Carla has worked alongside many artists/producers such as Leicester’s own Mark Morrison, Simon Schoolboy Phillips, DJ SS & Bizzi Dixion. She has also had the opportunity to sing with Alexander O’Neal, Courtney Pine and MC’d alongside Carl Cox and Shy fX.

Born in Leicester in 1974, she says that her love of the arts began around age 3. Her influences are varied, but they mostly stem from the jazz/soul genres, for example, Nina Simone, Ella Fitzgerald, Billie Holiday and Miles Davis, as well as other musicians such as Tina Turner, Tracy Chapman, Marvin Gaye and Joan Armatrading. She adds that there is also some HipHop influence from the likes of Salt ‘n’ Pepa and Danny Kane. She released her first single in 1994, ‘The Things You Make Me Do’, which reached the top of the M&M charts.

From listening to her well-received track ‘Leave Me Alone’, I feel confident in saying that she will be one to watch in the very near future.

You can find Carla on: 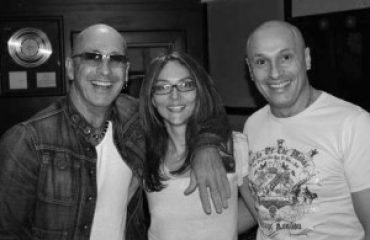 Saracens: Too sexy for their shirts